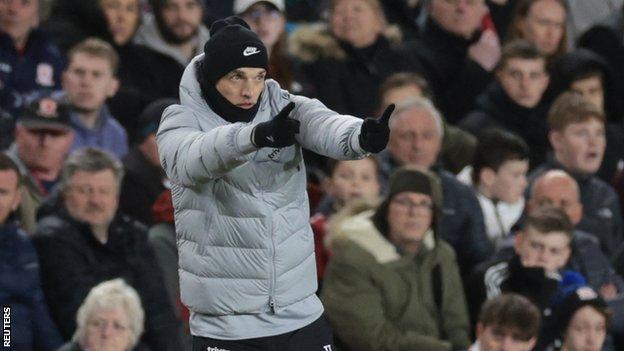 Manchester United are likely to have a new manager in charge this summer to replace interim boss Ralf Rangnick, who stepped in after Ole Gunnar Solskjaer’s sacking.

Carteret Analytics – who provide detailed manager assessments to Premier League, EFL, Bundesliga and MLS clubs – have assessed each candidate, as well as Rangnick, to see who would do the best job, and what each boss would offer.

Carteret predicts United would finish second under Tuchel or Conte next season… but say they would probably advise United to put Enrique top of their shortlist.

They say some of Enrique’s metrics are so good they outweigh the risk he has not managed a club in almost five years.

The analysts suggest all nine are better options than the most recent permanent manager, Solskjaer, who would have been projected to lead United to seventh place next season.

Here are the managers and their credentials, listed in order of their ranking and predicted finish – along with some additional data from Opta.

The reports linking Chelsea boss Tuchel, 48, to the Old Trafford job have grown with the uncertainty over the Blues’ future after owner Roman Abramovich was sanctioned.

Tuchel won a German Cup as Borussia Dortmund boss and led Paris St-Germain to a French treble and a second Ligue 1 title, plus a Champions League final, in two-and-a-half years.

James Powell, chief executive officer of the Carteret Group, says: “Tuchel is the most likely of any of these managers to achieve the highest league position with the current Manchester United squad.

“He is very good at setting up his team to achieve a high probability of winning the next match (strategic intelligence) but only has an average tactical command rating – suggesting that he is not as capable of turning an in-match position into an incrementally better position or win.”

Italian Conte, 52, is a serial winner.

He has won five league titles since 2011-12 (three with Juventus, one with Chelsea and one with Inter Milan) and an FA Cup with Chelsea.

Conte has only been Spurs manager since November but he has taken them from eighth to fifth.

Carteret says: “Conte is interesting because he achieves results, although his individual metrics are not the most exceptional in the sample of managers.

“He does have a relatively high attacking coefficient which might be attractive to the ‘attack, attack, attack’ mantra often associated with Manchester United supporters.”

Italian Ancelotti, 62, is by far the most-experienced manager on this list.

He has won the Champions League three times (two with AC Milan and one with Real Madrid).

Ancelotti has won one league title in Italy (Milan), England (Chelsea), France (PSG) and Germany (Bayern Munich) and is likely to win La Liga with Real this season.

“A subjective view might be that Manchester United supporters may be disappointed if Ancelotti was appointed as manager,” says Carteret, “but the objective view from the quantitative analysis is that he is very good at understanding how to win matches.”

United have already spoken to him but that does not mean he is the favourite.

The Dutchman previously managed Go Ahead Eagles and Utrecht in his homeland and Bayern Munich’s reserve team.

Ten Hag, helped by the lower quality of the Dutch league, has better figures than most of his rivals for the United job this season.

“So why don’t Manchester United just snap him up? Well, there are some yellow flags. He manages in the Eredivisie, has a relatively average tactical command which suggests he is not as good as transforming in-match positions into a better outcome.

“He also has a relatively low attacking coefficient, suggesting a more reserved style of play.”

Argentine Pochettino, 50, developed a big reputation at Tottenham Hotspur as he turned the team into regulars in the Champions League and reached the 2019 final, which they lost to Liverpool.

At Paris St-Germain so far he has only won one French Cup, although they are likely to wrap up the Ligue 1 title soon.

Their Champions League last-16 exit – with a front three of Neymar, Lionel Messi and Kylian Mbappe – has made his job in Paris uncertain.

“He has excellent overall strategic intelligence and tactical command,” says Carteret. “He is one of the ‘thinkers’ of the group.

“He achieves noticeably more successful outcomes from home matches than away matches. He has a very high attacking coefficient, which United supporters may appreciate; and achieves a very good level of success from the attacking style of play.”

His PSG side have more passes per sequence (5.26) and moves of 10 or more passes (21 per game) than any other team mentioned.