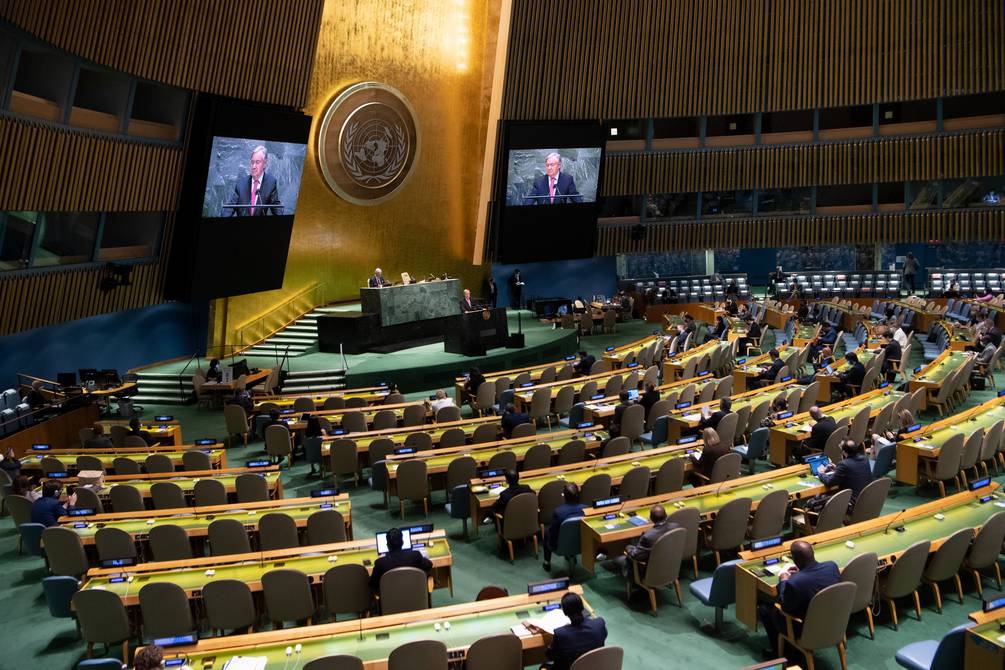 United States declared twelve diplomats from the Russian mission persona non grata on Monday before the United Nations whom he accuses of “espionage” and gave them until March 7 to leave the country.

The information was given by the Russian ambassador to the UN, Vasili Nebenzia, who said that this represents a “sad news” and a sign that the US is not respecting the agreements with the United Nations regarding its role as the host state of the organization, which has its headquarters in New York.

Shortly after, the United States confirmed the decision and defended that it does not in any way fail to fulfill its responsibilities as the host country.

According to a US statement, those twelve people are “intelligence agents” that have “abused their residency privileges in the United States by engaging in espionage activities that are harmful” for US national security.

“This action has been in development for several months,” said US spokeswoman Olivia Dalton, implying that the measure has nothing to do with the current situation in Ukraine.

The news broke in the middle of a press conference of the Russian ambassador to the UN, who attended a phone call in which, he said, he was informed of the receipt of the American notification on the expulsion of the diplomats.

Nebenzia said that for now he did not have the details about who is affected by the measure nor explanations as to its reason.

The Russian ambassador, in any case, was convinced that his country will respond with a similar action, as is usual in this type of diplomatic crisis.

Nebenzia attended the media to analyze the Russian presidency of the Security Council during the month of February, which comes to an end today, and which has been marked by the invasion of Ukraine.

In response to questions from journalists, the diplomat again blamed the Kiev authorities for the conflict and insisted that in Ukraine there is no “a war”, but a “special operation” Russian that seeks the “demilitarization” and “denazification” of the country.

Asked why Moscow denounces alleged Nazism in Ukraine when its president, Volodymyr Zelensky, is of Jewish origin, Nebenzia argued that the president’s ancestry is irrelevant “because the neo-Nazis are the ones in power.” (I)

More news about the conflict between Russia and Ukraine