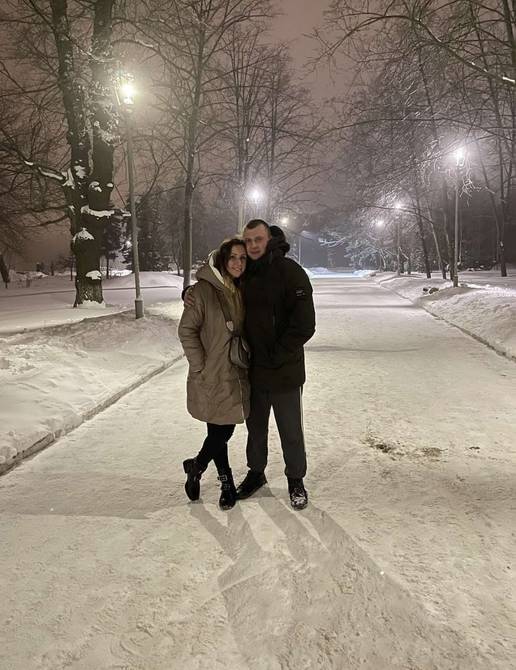 For two days, the Ukrainian Yuliya Tsaplyuk has not been able to sleep. She resides in Ecuador since 2015; she precisely fled after the annexation of the Crimean peninsula in 2014 by Russia, which sparked a conflict, which is also part of the current tensions between the two countries.

Tsaplyuk, 40, lives in Cuenca and is in constant communication with his relatives in Kiev and Dnipropetrovsk.

In Kiev resides his niece Nastya Subbota together with her three-year-old son and her husband, Ivan; and in Dnipropetrovsk, an aunt and a grandmother.

“We are very worried about them. In Kiev, the situation is complex, because Russian troops attack the capital. But in Dnipropetrovsk it is more or less calm, because it is far away”, he says.

Ecuadorians in Ukraine will take refuge in bunkers as a last option; They demand a response from the Foreign Ministry

Tsaplyuk recounts that her 29-year-old niece, a civil engineer, he no longer sleeps in the house; She prefers to take refuge with her little one in the underground subway for fear of bombing. What’s more, she is alone with her son because her husband was recruited.

“They can’t sleep at home, they go underground. Now men must leave their families and take up arms to go to the streets to protect the country. The women are in a safe place, but the men are on the streets,” says Tsaplyuk.

And she adds that some women, because of their profession, are also being recruited as doctors. “Some women must leave behind children, grandparents, parents; no choice. Some women, for example, who are doctors are taken, those who have a special education for that, ”she points out.

Tsapluyk’s anguish increases every day, because he does not know how to help his family. everyone is afraid to go out. “Now people prefer to be underground, because they are not safe on the roads. People are scared and there are many tanks. People are afraid to move to other cities, they can be attacked”, she mentions.

Tsaplyuk says that even though his other relatives are a bit far away, it doesn’t mean they can’t be in danger. He says that Dnipropetrovsk is key for Russia.

“It’s south of Ukraine, it’s deeper; but this place is very strategic for Russia, and sooner or later they will go there, ”she points out.

He also keeps in constant communication with his grandmother and aunt. She longs to get her family out of Ukraine, but it’s not an easy move..

“You have to have money and everything is closed. There is no way to move very far. It’s complex,” she laments.

It calls on the world to come together to protect the peace. “We are not asking for military help, but help in another way: to stop the war, but there is no help and it is not fair. The world does nothing and they only tell us ‘what a pity’”express.

Ecuadorian in Ukraine: We were about 50 meters underground. We left with our backpack carrying food, water, documents and we stayed to wait.

Tsaplyuk is aware of every minute of what is happening in his native country and hopes that his family can leave for Poland, although he dreams of bringing them to Ecuador. “It is a very beautiful situation in words, but complicated to make it a reality,” she emphasizes.

“A Hitler is always born, a dictator who wants to invade other territories”

Having her mother Olha by her side is the greatest blessing Ukrainian Yulia Kurakova can have right now. She has lived in Quito for nine years and is married to an Ecuadorian.

Her mother Olha arrived in the country several weeks ago and this Sunday was her return flight to Ukraine.

It is a great relief for Kurakova that her mother is by her side at this time, when Russian troops are invading Ukrainian territory.

‘When we left we saw war tanks and planes heading for Kiev,’ says a young Ecuadorian in Ukraine

However, he maintains his anguish because his sister, nephews and aunts are far away. His sister is in Kiev and the other relatives are in Kherson.

“The situation is complicated, my aunt from her window saw how military cars passed through the streets, and they say they are not going to touch civilians, but they are still attacking. Our people are defending, but we are very few. It is impossible to compare us with Russia“, mentions.

His family is afraid to leave the country for various reasons: that the men in the family are recruited or that something happens to them on the way. They will stay in their homes, they have no choice.

“My sister is scared. She says that there are quite a few friends who have gone to the shelters. The streets are empty because the Government asks us not to go out and the alarms are activated every so often, ”she says.

Another situation is the bombing and it makes the anguish increase. At 03:00 am on Friday, February 25, Kurakova’s sister was awakened by the attacks.

Men between the ages of 18 and 60 are prohibited from leaving Ukraine, President Zelensky announced

The Ukrainian, resident in Ecuador, feels helpless not being able to do something more for them. But, every time she contacts her she tries to give them strength: “I tell them that we are praying, that they trust in God.”

He affirms that this type of situation, with so much progress, should not occur: “How can these things happen in the 21st century and the Second World War was a great lesson for everyone, but a Hitler is always born, a dictator who wants to invade other territories”.

Despite all this scenario, Kurakova is grateful to all Ecuadorians, who through social networks have expressed their solidarity. She says that she feels at home. (I)