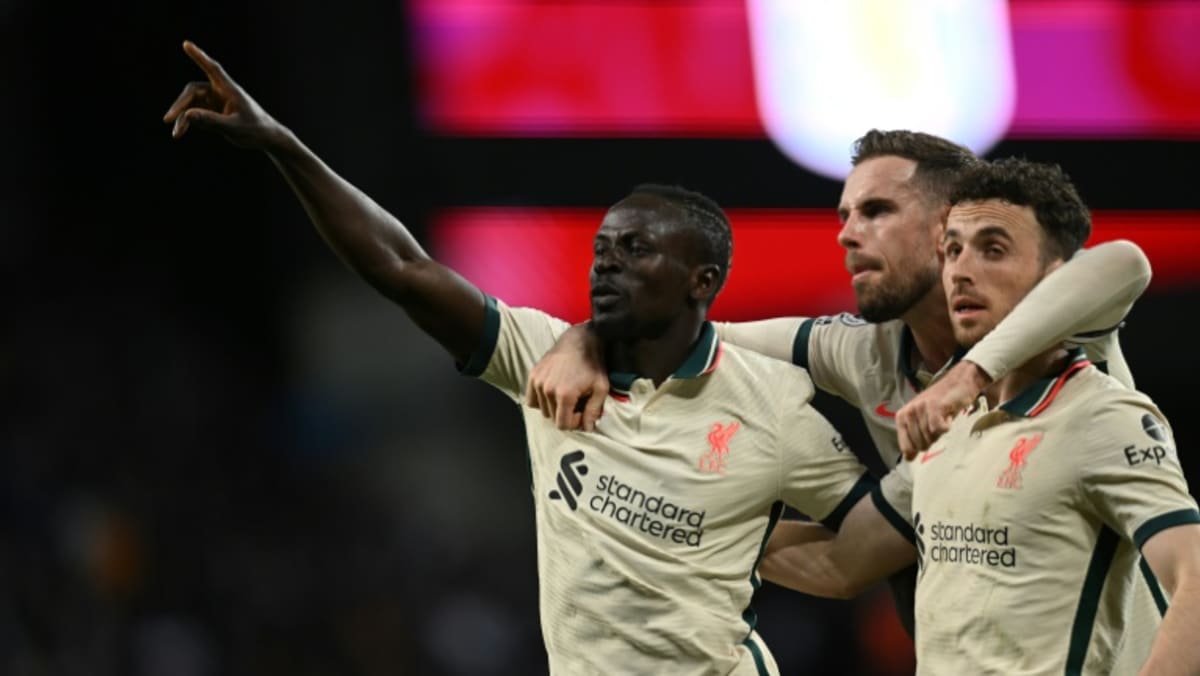 BIRMINGHAM: Liverpool are still “chasing like mad” after Manchester City at the top of the Premier League, said Juergen Klopp after coming from a goal down to beat Aston Villa 2-1 on Tuesday (May 10).

The top two are now level on points, but City stay top on goal difference and have a game in hand away to Wolves on Wednesday.

Liverpool could ill-afford another slip up after being held 1-1 at home by Tottenham at the weekend and got off to the worst possible start when Douglas Luiz fired Villa in front after three minutes.

But Joel Matip quickly levelled and Sadio Mane’s fine header 25 minutes from time kept the Reds in contention for a historic quadruple of trophies.

“We are still chasing like mad,” said Klopp. “We just know we have to win, that didn’t change and now we have to recover to play the FA Cup final. There is no mercy.”

However, victory came at a cost as Fabinho limped off with a muscle injury that makes him a major doubt for both Saturday’s FA Cup final and the Champions League final against Real Madrid on May 28.

“He felt a muscle, not too much,” added Klopp. “He is quite positive but I’m not sure what I can make of that to be honest.”

With one eye on Wembley, Klopp rolled the dice with his team selection as Mohamed Salah and Thiago Alcantara were left on the bench, while there was no place in the squad for Andy Robertson.

The visitors looked like a much-changed side as Villa sprang out of the traps and caught them cold.

Luiz’s header was parried by Alisson, but only back into the path of his Brazilian international team-mate to hammer the rebound high into the net.

Villa won this fixture 7-2 last season, but Liverpool this time bounced straight back from the early blow of conceding.

The hosts did not deal with a free-kick into the box and the ball eventually broke for Virgil van Dijk to square for his centre-back partner Matip to apply the finishing touch.

Chances continued to come at both ends in a frantic first half.

Mane headed inches wide and Naby Keita missed his kick with the goal gaping for Liverpool, while, at the other end, Danny Ings just failed to keep his header down from Lucas Digne’s inviting cross.