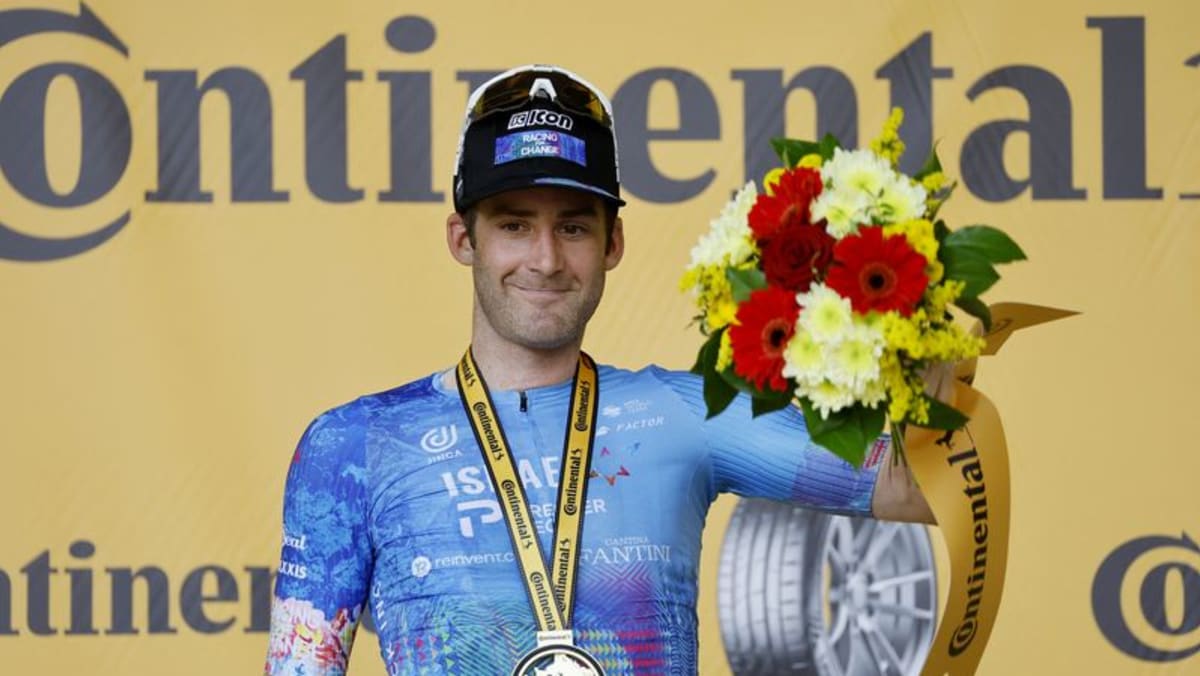 FOIX, France : Hugo Houle had never won a race in his 12 years as a professional but on Tuesday the Canadian prevailed on the sport’s biggest stage, realising his dream of celebrating a Tour de France victory in memory of his late little brother.

Houle’s brother Pierrick died in 2012 after a hit and run and the Israel Premier Tech rider had set himself the goal of winning at a race he and his brother watched on television when they were kids.

“My brother was hit and run in a small village where we lived. At eight in the evening he went for a run and never came back,” Houle, on the verge of tears, told reporters after winning the 16th stage of the Tour.

“We went looking for my brother and found him three hours later. They were doing a cardiac massage. I took his hand and I saw blood going from his ears and nose. It left a big hole in my life.”

On Tuesday, Houle went solo from the day’s breakaway, initially to set up a later attack from compatriot and team mate Michael Woods but he was never caught.

He had an advantage of more than one minute in the last kilometre, which gave him time to fully enjoy his maiden victory before pointing to the sky as he crossed the line in tears.

“It was a dream for my brother; I wanted to win a stage in his honour. Crazy emotions, even better as I had the time to enjoy it,” the 31-year-old said.

“If I would have had to write down a dream of how I wanted to win a stage that’s the scenario I would have written.”

“My brother was my biggest fan. When things like this happen, it takes a few months to move forward. After it happened, I was on Paris-Roubaix and I had no idea what I was doing there.”

His then AG2R-La Mondiale team extended his contract, despite Houle not being able to perform at his best following the horror of his brother’s death.

“They were really understanding,” said Houle, who rode as a domestique within the French team until 2017.

Last week, he took third place in the 13th stage in St Etienne, which fuelled his belief that he could achieve his dream.

“It gave me more motivation, because I took that place from a breakaway full of strong riders.”

On Tuesday, Houle finally raised his arms in celebration before being congratulated by Woods and another Canadian rider, Antoine Duchesne from the Groupama-FDJ team.