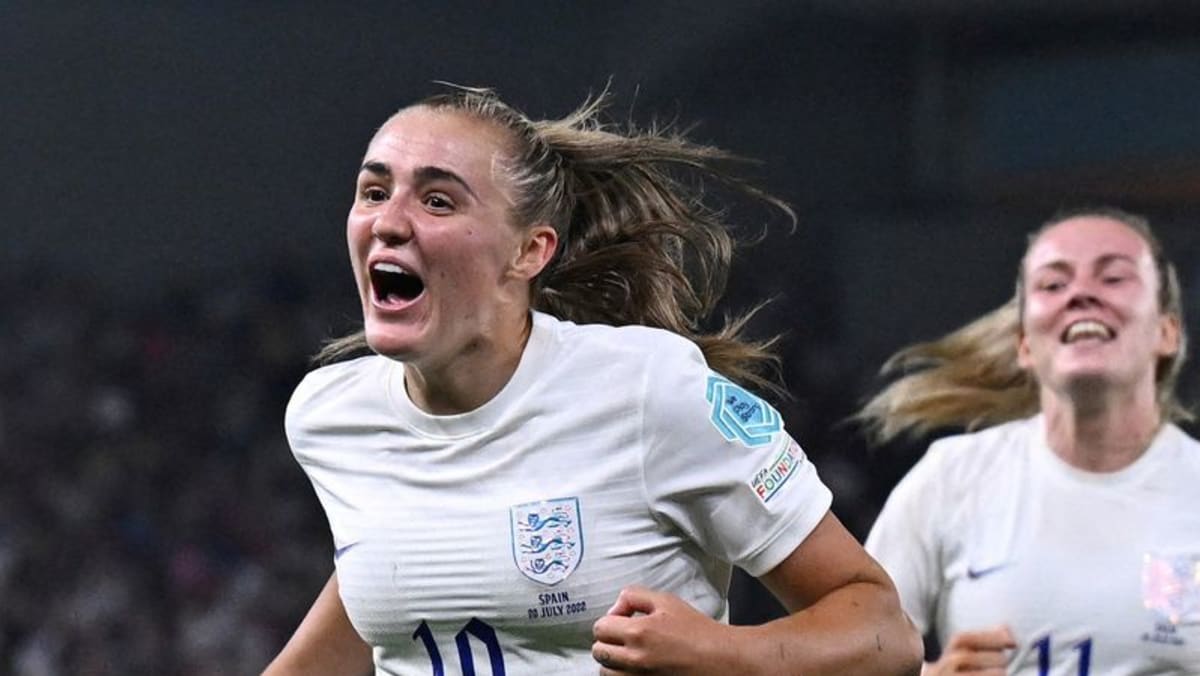 England goalscorer Georgia Stanway said she was unsure if her stunning strike was destined for the back of the net after letting fly from distance to fire her side into the European Championship semi-finals with a 2-1 extra-time victory over Spain on Wednesday.

Hosts England were facing an exit from the tournament with six minutes of normal time remaining, but substitute Ella Toone levelled to earn extra time before Stanway netted with a fierce effort in the 96th minute.

“Unreal. That just shows the level that we’re at. We get a setback and we come back and do it. We put in a massive shift. Job done and we’ll focus on the semis,” Stanway told BBC Sport.

“I wasn’t too sure (if the shot was going in). It’s one to be proud of. I’ll remember today. We put in a massive shift. We just have to enjoy this moment and crack on.”

England have now scored 16 goals at Euro 2022, the second most in tournament history behind Germany’s 2009 total of 21.

“We never gave up. It was the first time we’ve gone behind and we showed character and resilience. We pushed each other. Buzzing. The fans helped as well,” Toone said.

“It’s just relief that the game is done,” defender Millie Bright, named the player of the match, added.

“We were prepared for all scenarios, it was a difficult match and we’re just relieved to have got the job done.

“You could see the talent of the Spanish team; we didn’t have the ball much but our mentality and resilience was fantastic throughout.”

England have reached the semi-finals of the Women’s Euros for the second successive time, and sixth overall.

Sarina Wiegman’s side, one of the favourites to lift the trophy at Wembley, will face Belgium or Sweden, who play on Friday, in their semi-final clash next Tuesday in Sheffield.