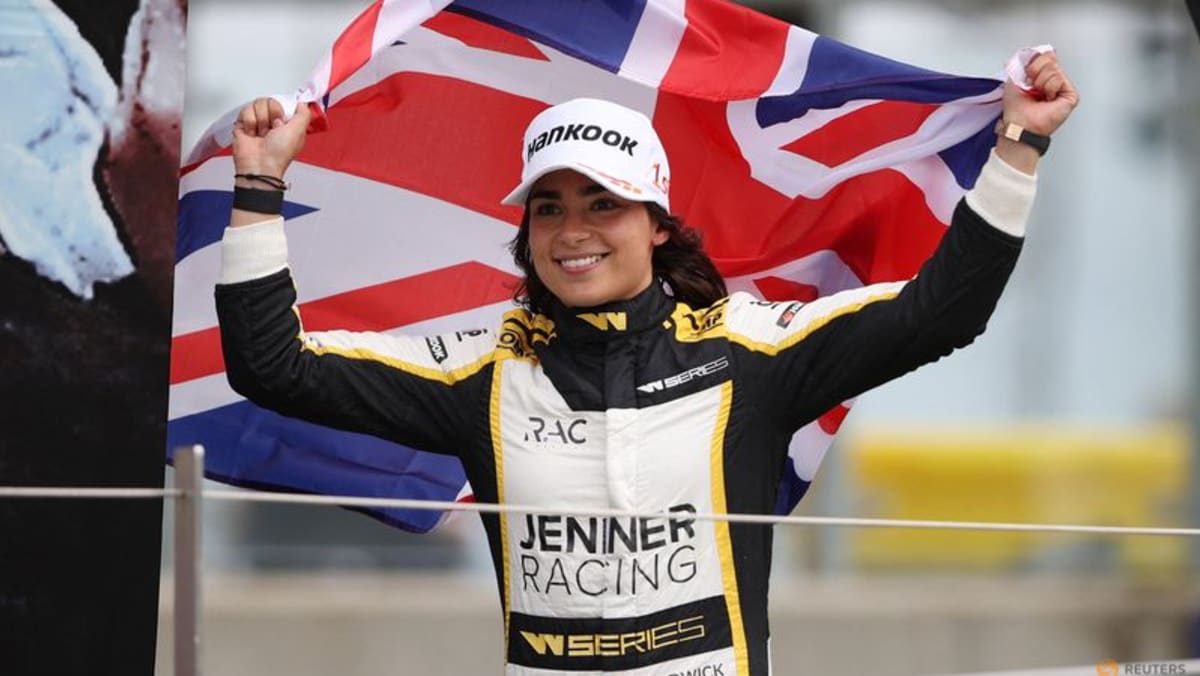 SILVERSTONE, England : Britain’s Jamie Chadwick secured her sixth successive win in the all-female W Series at her home British race on Saturday but said she was still taking nothing for granted as she chases a third title.

The victory from pole position at a soggy Silverstone was her fourth of the season and left the 24-year-old, who also won the final two races of last season, 50 points clear at the top.

“It’s the one I really wanted to win and especially off the back of the last few races I knew coming in here we’ve got good form, there’s no excuse really,” said Chadwick, who beat Finland’s Emma Kimilainen by nearly 20 seconds.

Britain’s Abbi Pulling was third after colliding with Kimilainen at the end.

“I’m hungry for it. I know what I want to achieve in the sport a little bit and…I think that hunger and desire is fuelling me to work harder and bring it each weekend,” said Chadwick.

“But anything can happen and I’m still not going to take this for granted. They’re all hot on my heels.”

W Series aims to help women reach Formula One, which has not had a female race driver since Italian Lella Lombardi in 1976, but Chadwick is back for another season after failing to secure a seat alongside the men in F2 or F3.

The women’s race featured on the support programme at the British Formula One Grand Prix.

The next race is at Le Castellet in France on July 22-23.